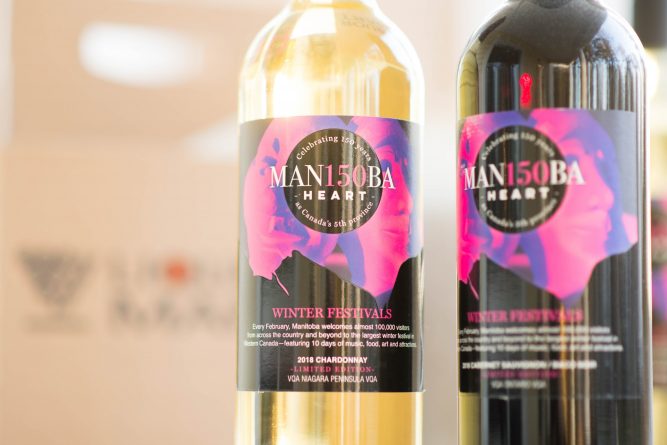 Terry was just looking at Twitter when he spotted the following Tweet from Dan Harper of Winnipeg. It appears to include a photo of the piece we did at the Voyageur Festival in Winnipeg in 2008. It was called “Interconnected” and featured two faces in the front. The photograph was used on wine bottles promoting Manitoba’s 150 years as a province.

I sell a lot of #stockphotography mostly of #Winnipeg and am always proud when it gets used for a major project like #Manitoba150 I had a request for one of my @FDVoyageur snow sculpture photos for a wine bottle. So cool! You can still buy these at Manitoba Liquor Marts. pic.twitter.com/UIh6Llng8q

Here is a photo of the original sculpture. 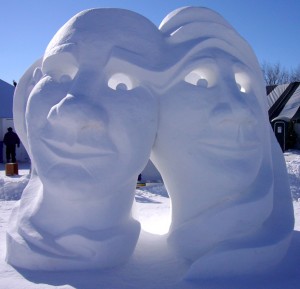 Most Recent on Top